There are several upcoming performance BMWs in the pipeline, such as cars like the BMW XM Label Red, the BMW M2, and the upcoming 3.0 CSL. One of the most exciting, though, is the upcoming BMW M4 CSL, the most hardcore and extreme version of the M4. Customers are just starting to take delivery of their CSLs and one of the very first owners let AutoTopNL take it for a spin in this new video.

This owner is a brave soul, letting someone else drive their incredibly rare M4 CSL so early into ownership. According to the video, this owner has already done 2,500-ish miles in the car and has already taken it for its first routine service. Considering how new the car is, that’s an impressive mileage count.

However, that also makes this the first time we’re really ever seeing a POV drive video of the latest extreme Bimmer. So what’s it actually like from behind the wheel?

We all know it’s powerful. Thanks to its twin-turbocharged 3.0-liter inline-six engine, the BMW M4 CSL makes 543 horsepower and 479 lb-ft of torque. That makes it the most powerful M3 or M4 in history. That power bump, along with its 190 lb weight savings and it’s no surprise that the M4 CSL is seriously fast on the Autobahn. What is interesting to see, though, is just how wild and unhinged it seems. 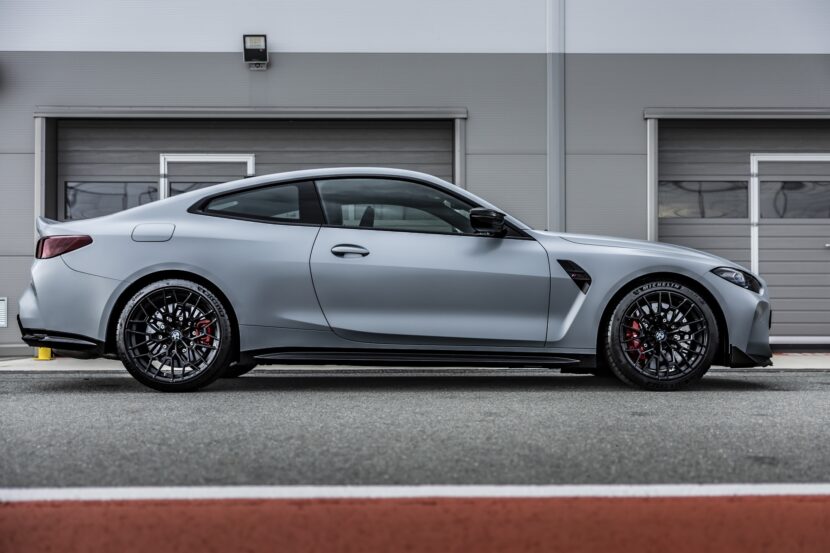 Even relatively light throttle applications seem to light the rear tires up in this video and the traction control seems to interfere rather quickly, even in MDM mode. Clearly, the M4 CSL is going to be an untamed animal. That’s a good thing, though. It’s a CSL, it’s supposed to be a bit unhinged, it’s supposed to bite you if you aren’t careful, and it’s supposed to be the most extreme version of the M4.

While we obviously haven’t driven it yet, there are some things that seem a bit lackluster, but maybe that’s just through a camera. For starters, the exhaust doesn’t seem loud enough inside and the noise sounds the same as an M4. Though, again, maybe that’s just due to being heard through a microphone and speakers. We’ll be able to judge it when we finally drive it.

We won’t get to drive the M4 CSL until early November, so this video—and other videos like it—will be our closest look at the new car. Thankfully, it seems to be every bit as vicious as it should be.

Look Up Fashion In Tiktok