Modern BMWs are shockingly heavy, relative to their size and segment. Admittedly, it’s not entirely a BMW problem, as most brands’ cars are getting heavier and heavier, due to added safety and tech, however it’s extra noticeable in modern BMWs due to their history of relatively lightweight cars. For instance, the new BMW M2 is around 3,700 lbs, which is seriously porky for a two-door coupe of its size. So the question arises: why is it so damn heavy?

During the prototype drive of the BMW M2, Autocar got to talking with BMW engineers, who explained why it was so heavy and the answer is that BMW chose to make it that heavy. Essentially, BMW M had to choose between two options with the M2; either strip it out as much as possible and remove some of its outright performance, or stuff it with the best performance tech it had and make it the highest-performance small coupe it’s ever made. The former would make it lightweight and nimble but maybe slower than its rivals, while the latter would make it the ultimate performance coupe but one that would suffer in terms of delicacy and feel. BMW M chose the latter.

See, much of the M2’s underpinnings are actually from the BMW M4. Which is why the M2 has such a wide wheel track and why it’s so incredibly capable. The new BMW M4 is an astonishing performance car, one that feels like a German GT-R, but it certainly does lack the delicacy and lightness of older M3s because it is so heavy. So when BMW plucked those M4 parts—things like subframes, wishbones, wheel carriers, shocks, and springs—and stuffed then in the M2, they made an unbelievably capable machine, just one that would have to live with a weight penalty. 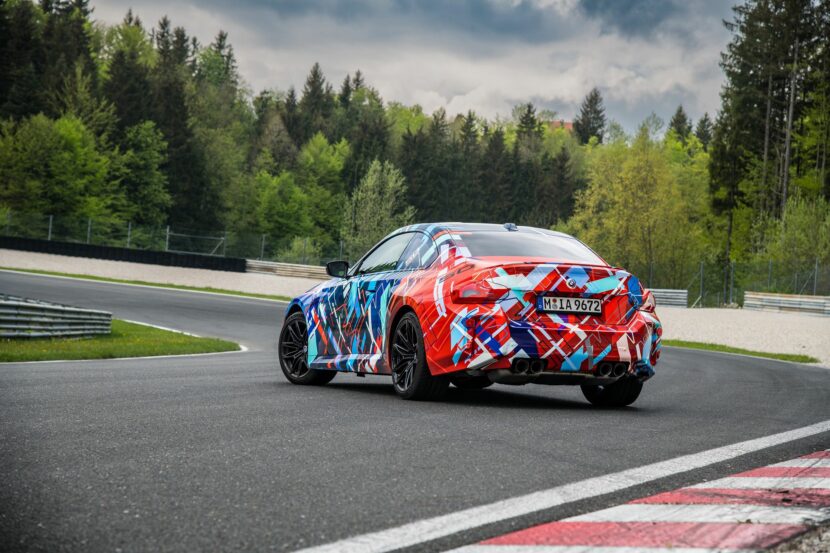 What’s shocking about its weight penalty is that there were still some weight-savings measures taken. For instance, the M2 has a carbon fiber roof and tons of aluminum in its suspension. So it’s not like BMW is building it out of lead.

To offset that weight penalty, BMW gave it a big stonking engine. Its S58 3.0-liter twin-turbo I6 is from the BMW M4 but it’s been detuned to 444 horsepower, which is slightly less than the 473 horsepower of the standard M4. However it’s more than enough for a car with a wheelbase as short as the M2’s. And while it’s heavy for an M2, 444 horsepower in a car that weighs 3,700 lbs is still pretty good. Plus, there’s going to be an even hotter version, with the M4’s base 473 horsepower to come. Hopefully it drops some weight, too.