The BMW XM has just been revealed – and regardless of how you feel about it, it’s nearly guaranteed to be a commercial success for BMW. The highlight is that the twin-turbocharged V8, paired with electric motors, offers up a hearty 644 horsepower and 590 pound-feet of torque. That makes it the most powerful roadgoing BMW – and a it’s got the price tag to match. A base MSRP of around $160,000 also makes it one of the most expensive roadgoing BMWs to date. And that’s before you get to the hyper exclusive and oddly branded “Label Red”. It’s an objective step up – offering more horsepower and a higher base price.

But forget about all that Label Red nonsense, because today, we can build our own XM! BMW UK’s site already has a configurator live, and I wasted no time hopping into it and seeing all of the interesting options I could add. So let’s not waste any time. 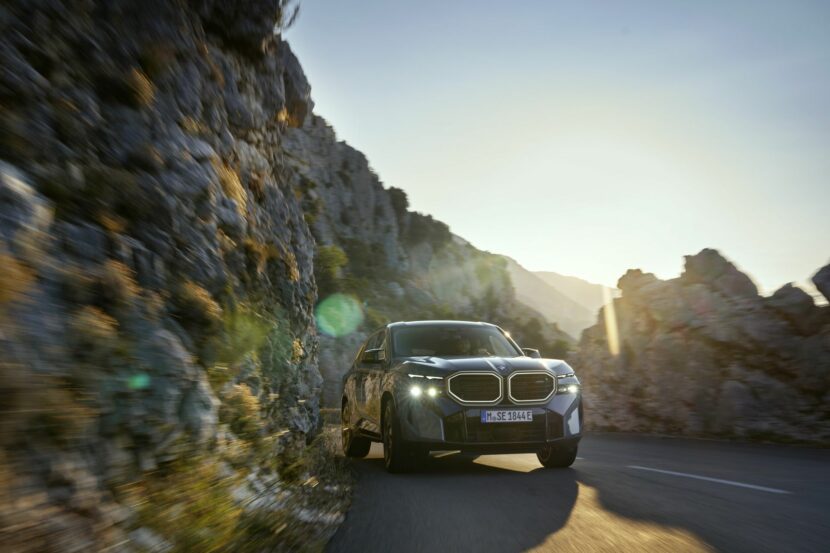 BMW does a good job of representing old school and new school with the XM color options. Which is good – as its supposed to be a bit of a mashup of both. Carbon Black, Black Sapphire Metallic, and Mineral White look classically good and are very “safe” options. Marina Bay Blue, Toronto Red, and Dravit Grey represent the new school. And for the true new kids on the block, Cape York Green Metallic shows up, too.

Personally, I believe the darker colors – any of the blacks, and Dravit Grey – do a better job of making the XM look good. The contrasting gold trim makes it look stylish and purposeful, and the proportions of the XM appear much more favorable in a darker color. You literally couldn’t pay me to take an XM in Toronto Red, as it clashes severely with the gold trim. But maybe it looks better in person. It’s Carbon Black for me.

There are options for 21-inch, 22-inch, and 23-inch wheels, and all of them look pretty good. I wouldn’t spring for the Night-Gold accent Style 923s that have been touted in most of the press photos. That said: the standard 21-inchers are just a bit too small. The 22-inch Style 922 wheels look the best. They’re reminiscent of the iX’s wheels, but that isn’t really a bad thing. You can also get 923s in a bicolor finish, but I’d pass. The 22s will probably ride better, and not sacrifice much in the handling department.

A bit of a tale of the good, the bad, and the boring here, unfortunately. Only one trim option is currently available on the UK XM configurator, and it’s – sigh – carbon fiber. While it’s a zero cost option and I’m sure it will look fine, it’s just a little bit too much irony for me to handle with my 6000-pound “performance SUV”. Whatever.

Upholstery choices are fun, but limited. Only four options are currently being offered – Sakhir Orange and Black Merino leather are both classically good pairings on M products and both appear here. Next up is Silverstone Merino, another normally decent option. BMW has decided to pair Silverstone interiors with brown (Tartufo, perhaps?) door panels and headliner, which gives me the unfortunate impression of an XM: King Ranch Edition. So, it should be avoided.

The next option is a lot more compelling: Deep Lagoon. It’s as blue as it sounds, and it shares the brown door cards and dashboard from the Silverstone interior. Its radical, don’t get me wrong, and I would never be brave enough to spec it on my own car. But it’s unique – and the target demographic of the XM will likely love it. I’ll take Sakhir Orange, thank you.

Other XM Options – and How Would You Spec It?

There are only two other optional equipment packages offered on the BMW UK site. The first is the M Driver’s Package – that gets you an increased top speed limiter and a day at the track with BMW. And the other one is the Comfort Seating Package, which for a whopping zero dollars, gets you: massaging front seats, front and rear heated seats, front ventilated seats and something called the Heat Comfort System. I imagine that is very similar to the iX’s “Radiant Heating Package”. So…I’ll take both.

You can build your own XM here at BMW UK’s configurator. What would you include?